We're here to help. Enter coupon code: LEARNTOGETHER at checkout to save 30% off any membership. 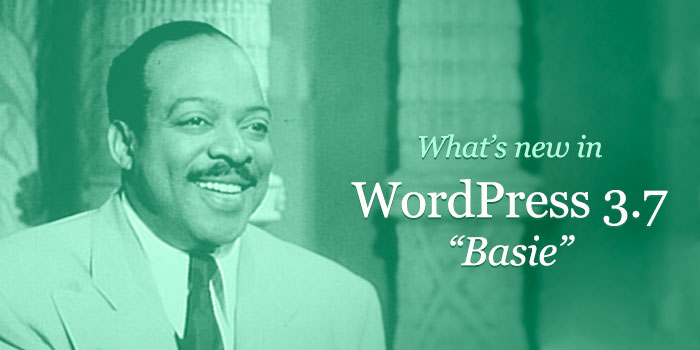 WordPress 3.7 was released yesterday. You may not notice any visible changes after updating your site, but make no mistake… this release is a milestone in WordPress development.

WordPress 3.7, code-named “Basie,” in honor of jazz pianist and bandleader, “Count” Basie, was released on October 24th, just 12 weeks after the last major release, making it the quickest turnaround in WordPress history.

Unlike previous releases, there are almost no changes to the user interface or the default theme in 3.7, but there are a number of significant changes “under the hood” that pave the way for more rapid future development.

Without a doubt, the most important new feature in 3.7 is the implementation of automatic background updates. From now on, WordPress will automatically apply maintenance and security updates to your site in the background, without any user interaction whatsoever.

This announcement has been met with some skepticism, as web hosting providers and site owners alike are concerned about whether automatic updates could break compatibility with a particular site’s theme or much-needed plugin.

In response to this concern, WP Engine has just announced a new feature called Automated Update Protection, which instantly creates a snapshot of your site, applies the WordPress update, then runs a series of tests against the newly-updated site, ensuring that the site runs exactly the same as it did before the update.

If anything goes awry during the update process, they immediately revert your site to the previous working version, then assign a technician to take a look.

Our friends at Page.ly have been utilizing a similar process for some time, and it’s likely that other managed WordPress hosts will do the same.

Great care has been taken by the WordPress core development team to ensure that these maintenance updates can take place in the background without disruption, and the update process within WordPress itself includes dozens of new checks and safeguards.

If you’re still using insecure passwords simply because they’re “easy to remember,” shame on you. Your password is your site’s first line of defense against being hacked. It’s always a good idea to create passwords that are complex, long, and unique.

To help you, WordPress 3.7 includes a new password meter that will recognize common mistakes that can result in weak passwords: dates, names, keyboard patterns (123456789), and even pop culture references.

Search results are now ordered by relevance, instead of simply by date. For example, if your search term matches a post’s title, that result will be pushed to the top of the list of search results.

Until now, it’s been incredibly difficult to localize WordPress into other languages. But WordPress 3.7 adds the ability to automatically find and install the correct language packs, as well as keep them up to date.

Other “Under the Hood” Changes

Perhaps more than any other release of WordPress, 3.7 includes dozens of new features and functions for developers, including fine-grained update controls for systems administrators, improvements to date queries, and multisite.

If you’re interested in reading more about these improvements, Brian Krogsgard has written about them in detail at his site, Post Status.

There were more than 200 contributors to WordPress 3.7, who were responsible for creating and testing these new features, plus squashing 437 “bugs” along the way.

So when you’re ready to update your site to WordPress 3.7, do so with the knowledge that a small army of the brightest developers from all around the world volunteered their time and burned the midnight oil for weeks on end so that you can hit that big blue button with confidence!

Chat with a WordPress expert?

A curated list of handpicked products and services to help take your WordPress website to the next level. 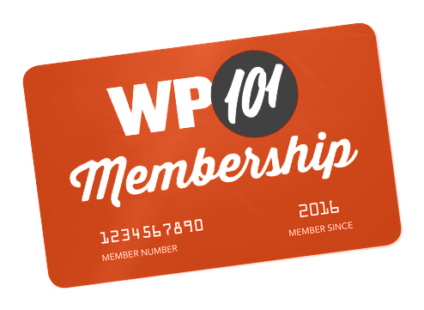